A converted 19th century warehouse located on the outskirts of Liverpool’s city centre in Stanley Docks, the Titanic Hotel makes for a bit of a strange location when you’re driving here. Bear in mind this is part of a redevelopment site though so it’s work in progress. The plus side of being a bit out of the city centre is the benefit of space. You can park for free when staying here, always a big plus for city hotels. Imposing and impressive from the outside in the iconic style of it’s famous neighbour the Albert Docks, the Titanic Hotel is equally impressive on the inside. It was originally used to house rum and tobacco imported into the docks from exotic locations. The hotel has been carefully and sympathetically restored with lots of exposed brickwork and original features such as the steel girders seen throughout the hotel. 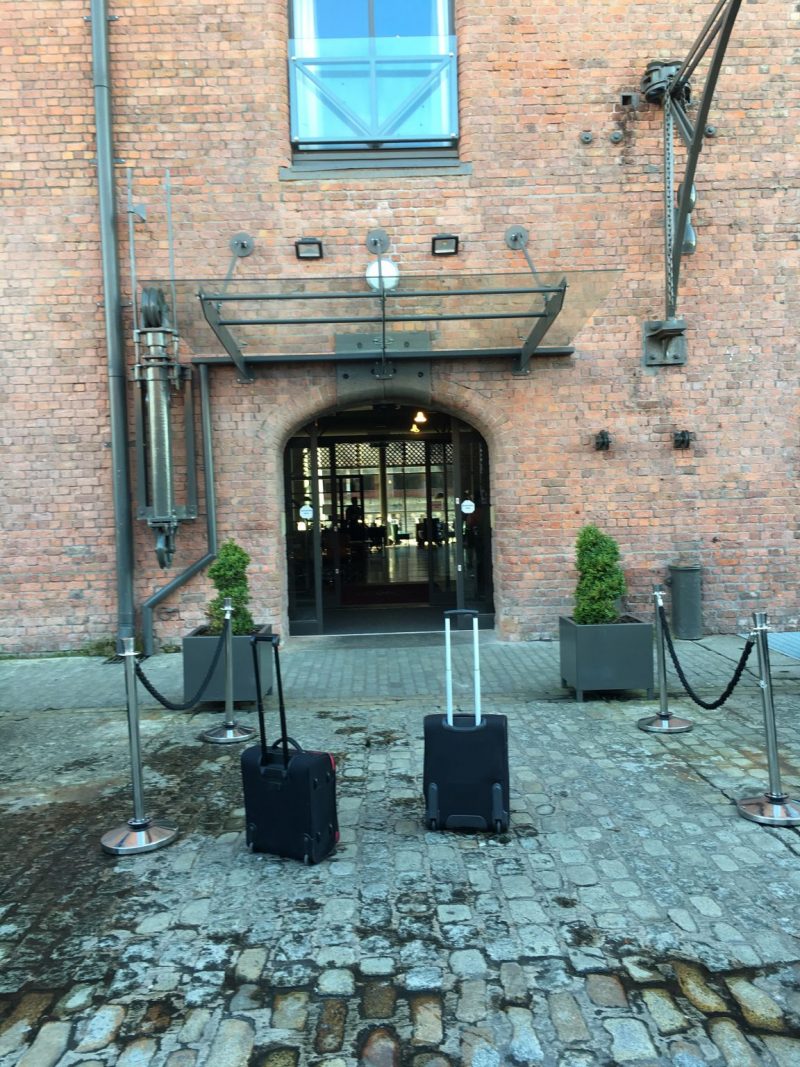 Hotel entrance (and our abandoned luggage!)

We opted for a Superior Dockside room (there’s also Classic, Superior and Superior corner as well as presidential). It was massive. Like the main entrance there’s careful attention to detail here with exposed ceilings and copper piping. There’s also nods to it’s history through the artwork and interior decoration. The bathroom is also beautifully done (and very big!) with a drench shower, as well as a large bath and luxury products. I guess the only downside of the rooms (especially those facing the dockside) are that they are quite dark. The original style windows make a lovely feature, but the room size means that they don’t let much light through. Although this is definitely a minor point and the room still offers the wow factor.

The hotel has an on site spa which is always a plus after a day of sightseeing (or in our case a big night out the night before). There is an additional charge for using the spa. Although reduced for hotel guests, I think it’s still a bit of a shame that guests have to pay extra for this on top of the room rate. Especially as it’s £25 per person on the weekend.

The spa is pretty small so you’re really paying for the uniqueness that comes with the warehouse interiors with the spa being based in the arches in the basement of the warehouse. It is very relaxing with lots of mood lighting and a small number of loungers around a pool to relax in as well as the usual steam room and saunas. You can also book additional treatments if you want to really pamper yourself. Be warned you should pre book your visit even if you’re not getting a treatment. As mentioned the spa is small and you might be asked to wait for the changing rooms to clear between bookings. When we went your booking was for a 2 hour slot.

There’s two options for food at the hotel – the Rum Bar and Stanley’s Bar & Grill. The Rum Bar is a great setting for a casual lunch with a range of dishes from sandwiches and salads through to pizzas. It’s also great for cocktails and rum (of course). If weather permits there’s a lovely terrace running the length of the two restaurants. From here you can look out over the surrounding warehouses which are in different stages of redevelopment. Stanley’s has a higher end offering for dinner as well as doing a highly recommended afternoon tea. Both restaurants also offer breakfast (which is an additional cost for hotel guests as well as being open for walk in visitors). We opted for Stanley’s which offers a breakfast buffet with continental as well as hot options. 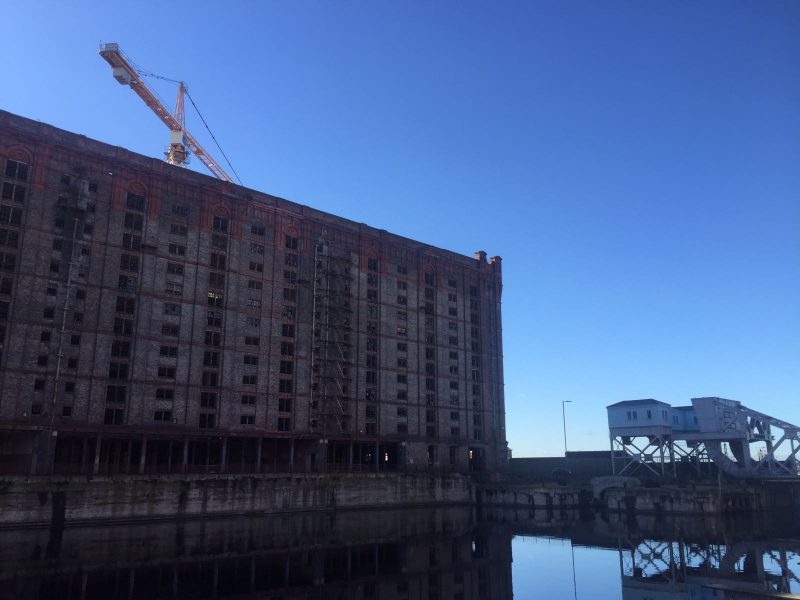 View from the terrace towards the Tobacco warehouse:

The Guestbook comment: “If you fancy something a bit special and different and don’t mind being out of the city centre then the Titanic Hotel is definitely an option to consider. Alternatively try it for food or a cocktail to take in the interiors of this impressive hotel.”