I thought it would be useful to share our whistle stop tour of Thailand, Malaysia and Singapore. We packed quite a lot in during two weeks because we wanted to sample as many countries as possible. As it was quite action packed, I’ve broken the trip down to try and provide more information on our two week adventure for anyone looking to do something similar.

A bit of detail…

We went in May which isn’t the best time to go to South East Thailand (as we were told and had found out online), but we were limited by when we could take holiday so we thought we’d take the risk. We’d been told that the change in weather and rain and unsettled conditions that can come with it can arrive later in May so to start our travels in Thailand before continuing onto Malaysia and Singapore.

We were lucky, apart from the first day (see below!), and the odd shower we had lots of sunshine throughout our time in Thailand but it is a gamble. You get quieter beaches and great deals on accommodation in this low season but are playing a bit of a wild card weather wise. Also do your research, a bit like Sri Lanka, the weather can be opposite on different coasts in Thailand so have a look at all areas. We decided on this area of Thailand so we could easily travel to Malaysia and Singapore but as a huge country sunshine in one place could be torrential rain in another.

Another advantage to going out of season was cheaper flights and quiet flights. We changed from our first flight to the connecting flight in Dubai and our second flight to Phuket had hardly anyone on it. A good thing as we had a whole row to ourselves each to sleep, a worrying thing because why was no one going there?!

A destination that doesn’t always have the greatest reputation, we started our travels on the island of Phuket. Phuket offered a good base to explore the islands of the South and offered relatively good value flights when compared to Bangkok for example. We also hoped to prove any doubters wrong in terms of what Phuket might have to offer besides the wild nights of Patong. On arrival at Phuket airport we headed out to the official taxi rank and had no trouble getting a taxi to our first stop Kata, an hour and a half south from the airport.

We’d pre-booked the first night’s stay in advance for the trip because we knew we’d be arriving late at night. I’d never done a trip that wasn’t organised to the last detail, so not knowing where our next night’s accommodation was going to be was both terrifying but in a way liberating.

The next morning we woke to glorious…rain. They said May was a wild card. 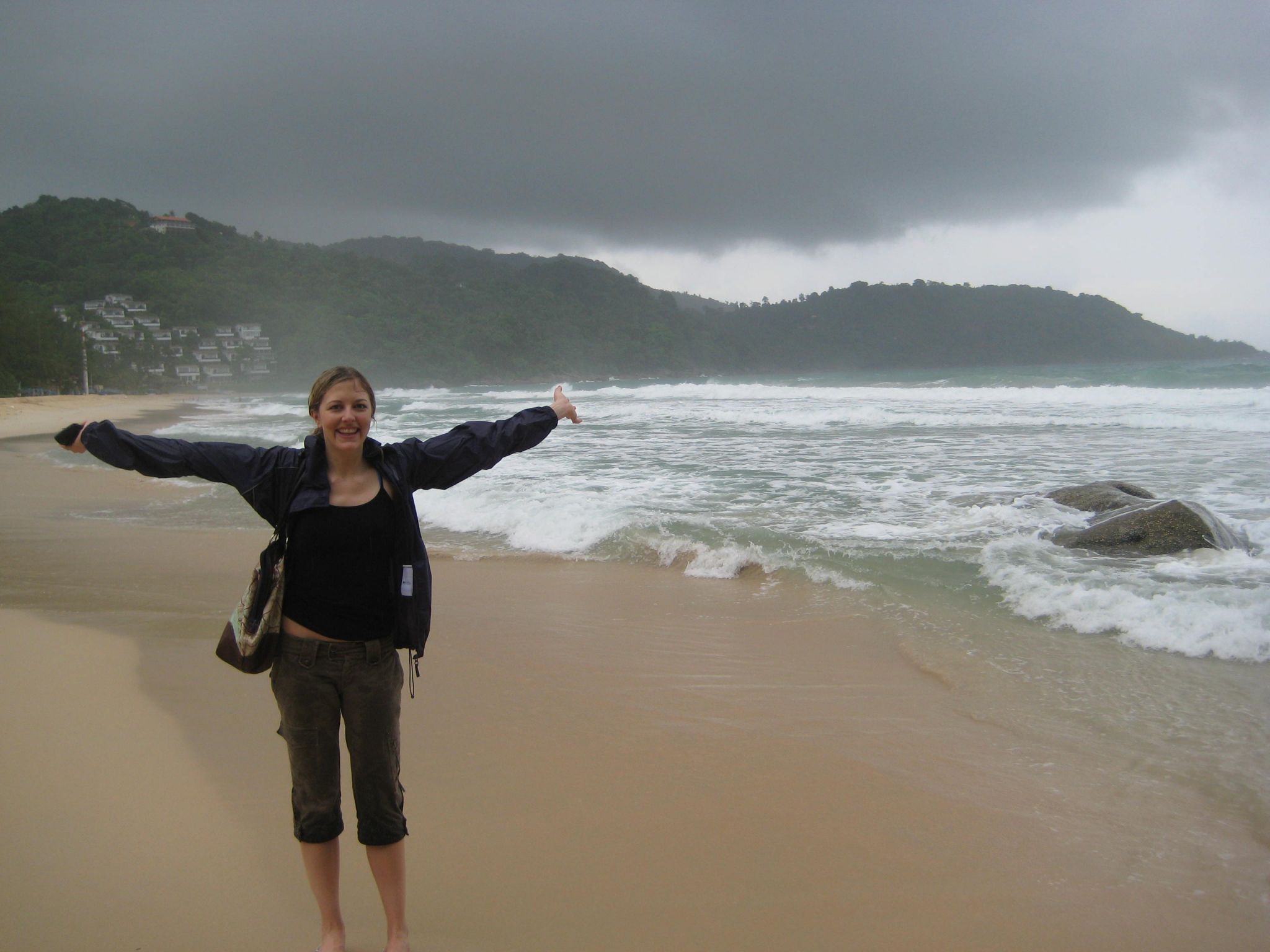 Sunny Thailand on the first day

Undeterred we spent our first day strolling along the beach and roads of Kata in our waterproofs. It cheered up by the afternoon and we were able to head to the beach and start to see why people fall in love with Thailand and as far as Phuket goes there wasn’t a ping pong ball in sight.

By early evening, I was completely converted – our dinner the final cherry on the cake. The food was unbelievable, at a crazy price and in a beautful setting. Because of the time of year we’d picked and the location it was very quiet but that didn’t bother us but you could obviously opt for a MUCH wilder scene down the road if you fancied it. 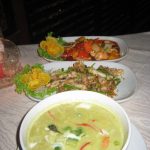 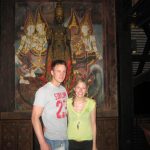 Limited time meant that we’d only factored in a flying visit to Phuket so the next day we had a 7am pick up to take us across Phuket to the ferry for Phi Phi Island. I’m not great on boats so was nervous about the trip but I hadn’t factored in getting travel sick in the van on the way to the boat. Warning: It’s jerky and fast and we were in the back seats of the van, if you get travel sick definitely flag this and try and grab a front seat!

So by the time we got to the boat I’d already been ill, needless to say I didn’t really enjoy the boat too much but came round in the later stages and it was fairly calm and a quick crossing. We arrived in Phi Phi harbour which was occupied by beautiful long tail boats against a backdrop of soaring crags. This was the Thailand I’d seen in postcards and I instantly felt a lot better, it was immediately worth the journey.