Addo is the place to go for elephants. The national park is home to over 600 elephants and is under an hour away from Port Elizabeth in the Eastern Cape. It was the next stop on our South African adventure after Oudtshoorn.

Although we were already going on safari as part of our trip, we’d heard so much about this place that we couldn’t resist a visit. It’s very reasonable priced in terms of entry (under £15 per person when we went). It’s also well positioned if you plan to continue on your journey back along the Garden Route or to a safari in the Eastern Cape. 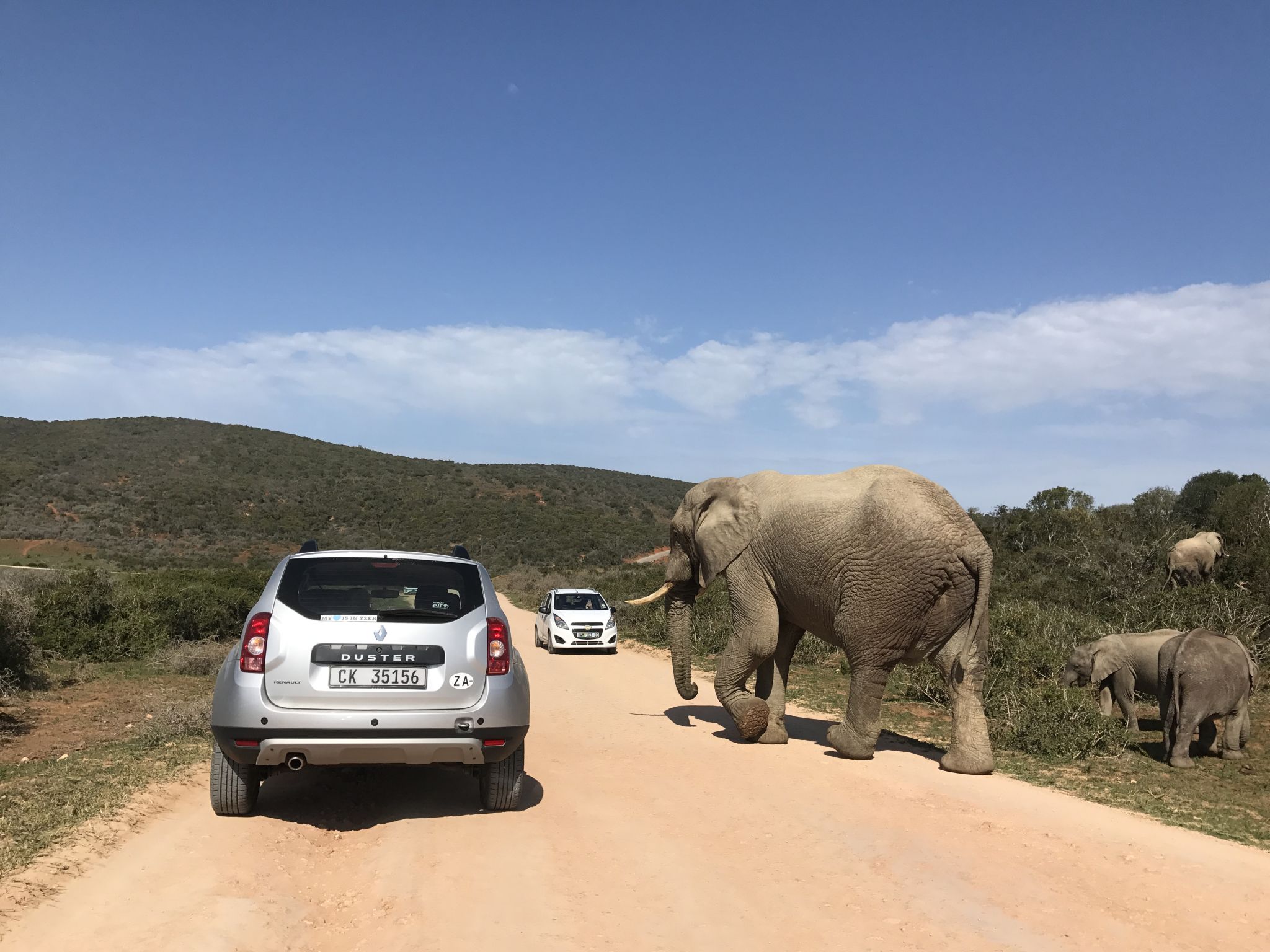 A casual elephant crossing in Addo!

There’s a wide range of routes that you can follow once inside the park as part of a self drive and a helpful map is provided at the entry points (both north and south gates). This map also has a list of all the animals to look out for as a checklist and point score for seeing them (the rare ones have higher points!). It’s perfect for kids (or big kids). Some of the roads around the park are paved but the majority are gravel tracks but are all in pretty good condition. It is a huge area to cover so pick a focus and remember toilets are available but only at the designated picnic spots so keep that in mind! Go early to make the most of your day. 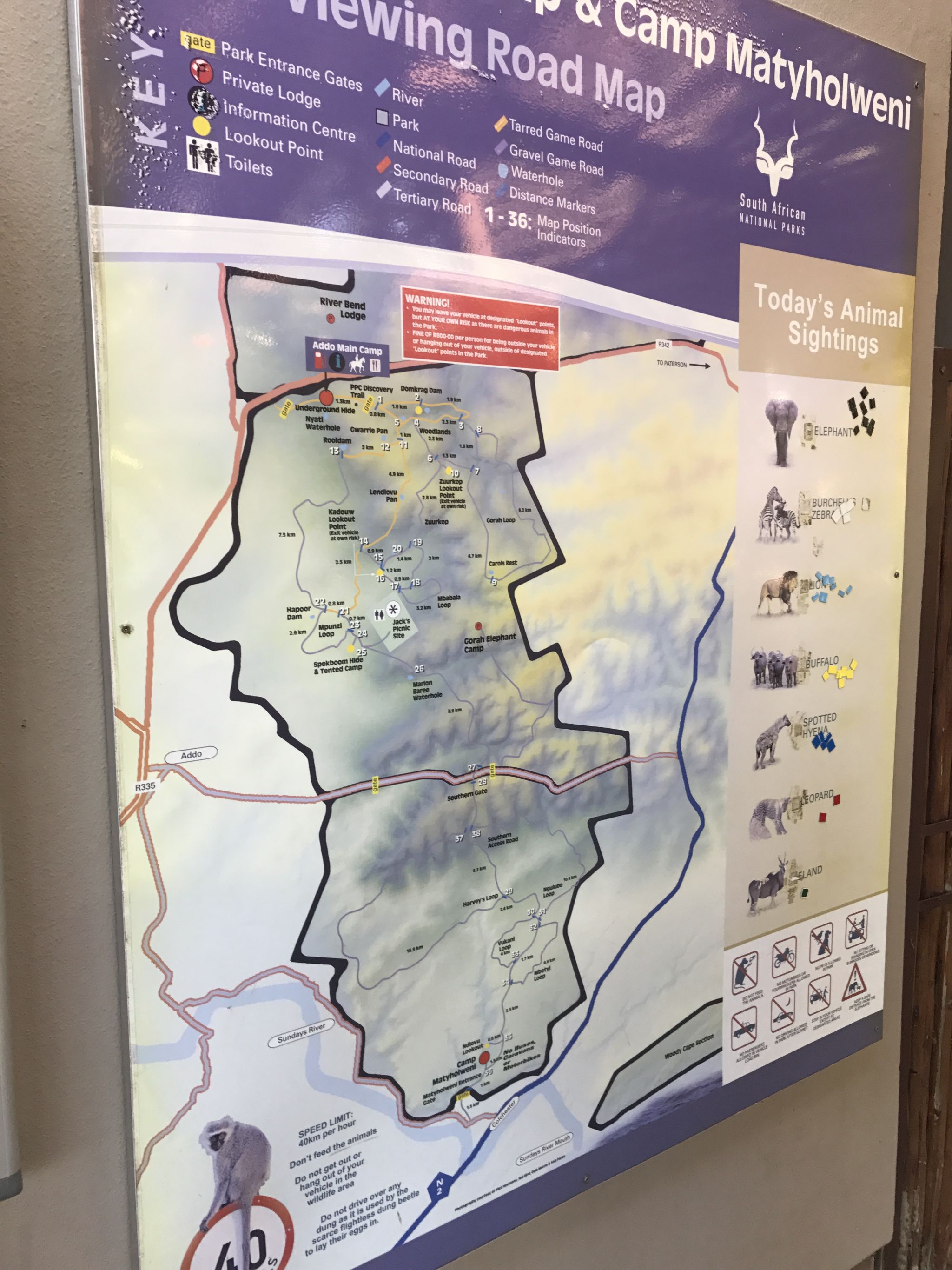 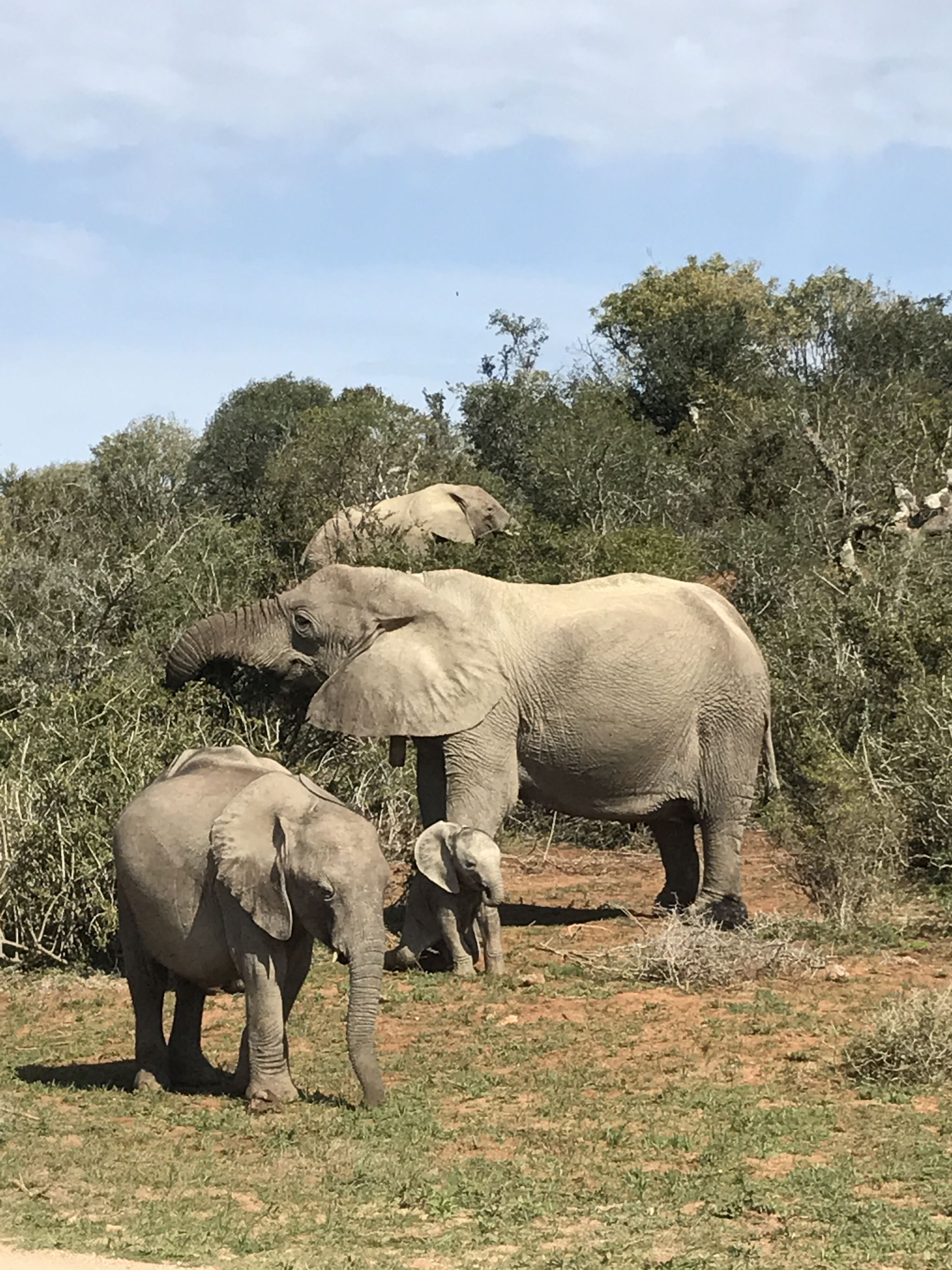 Just some of the 600 elephants in Addo!

Game drive or self drive?

Addo offers the opportunity for both. We were already doing a safari as part of our trip so thought we would do a self drive for this and weren’t disappointed. Even in a small car like ours (a polo!) we managed the roads fine. It’s also a cheaper option, however the plus of a guided tour is that they are likely to find the elephants straight away. We saw a lot but only after the first hour or so, so I imagine you’d have more success with a pro. And if you are looking for the more elusive animals, such as the lions, then a guided drive might be your preference. There’s also the option to hire a guide to travel around the park with you in your car and direct you using their radio and knowledge. This is another alternative to one of the game drives and recommended by many, but we were keen to go at our own pace and opted to do a self drive for that reason too. 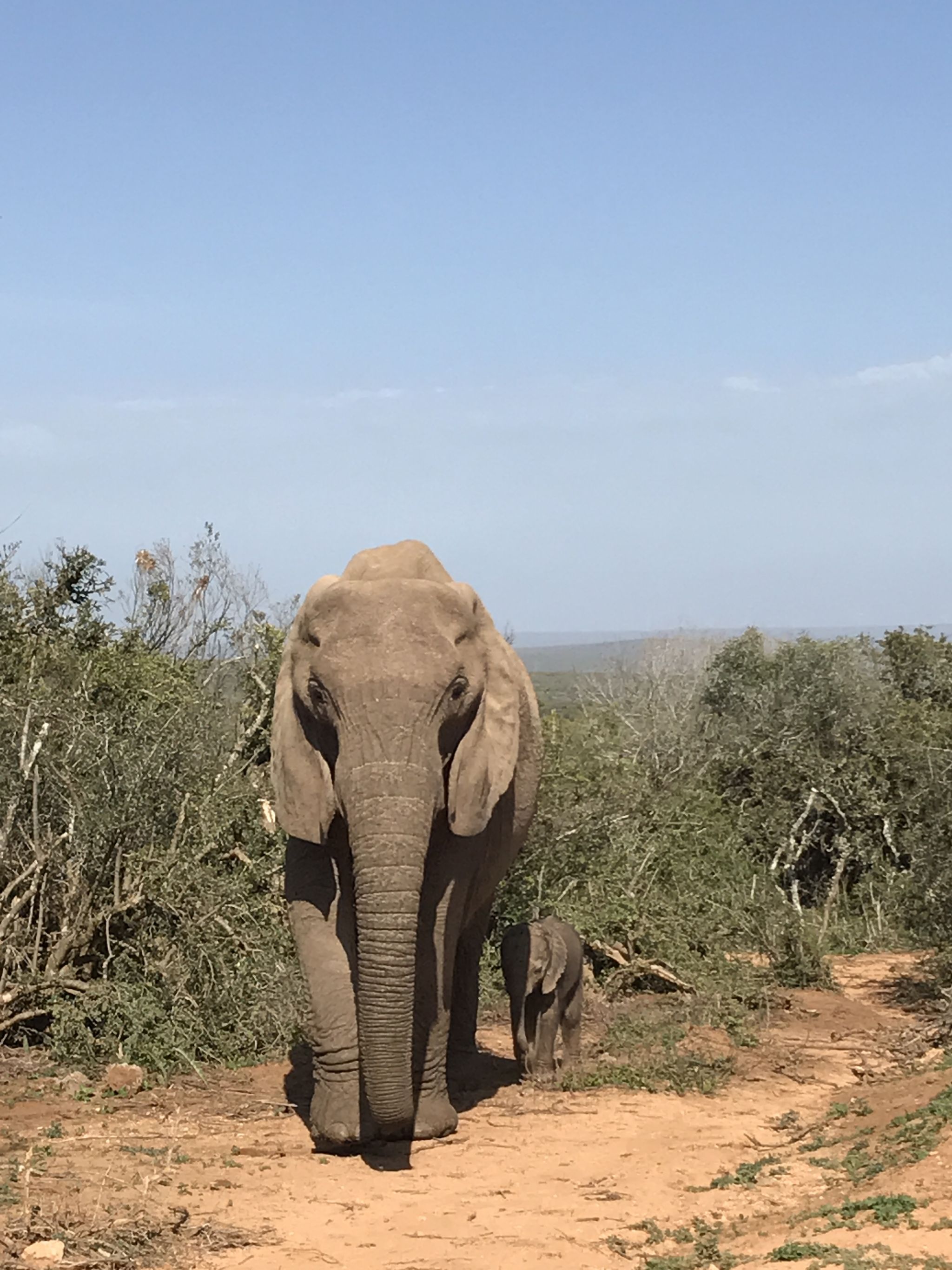 There’s lots of options to stay in the park itself from camping grounds through to lodges. We opted to stay in nearby Addo, a short drive away in Africanos Country Estate which was a great base. When we visited, most of the activity in the park seemed to be in the south due to the current weather conditions (Africanos was near the north entrance gate). This wasn’t a problem though because you can drive between the two areas during your self drive. But don’t underestimate the size of the park! We spent 6 hours driving due to stopping and starting to watch wildlife, it was most definitely worth it though! 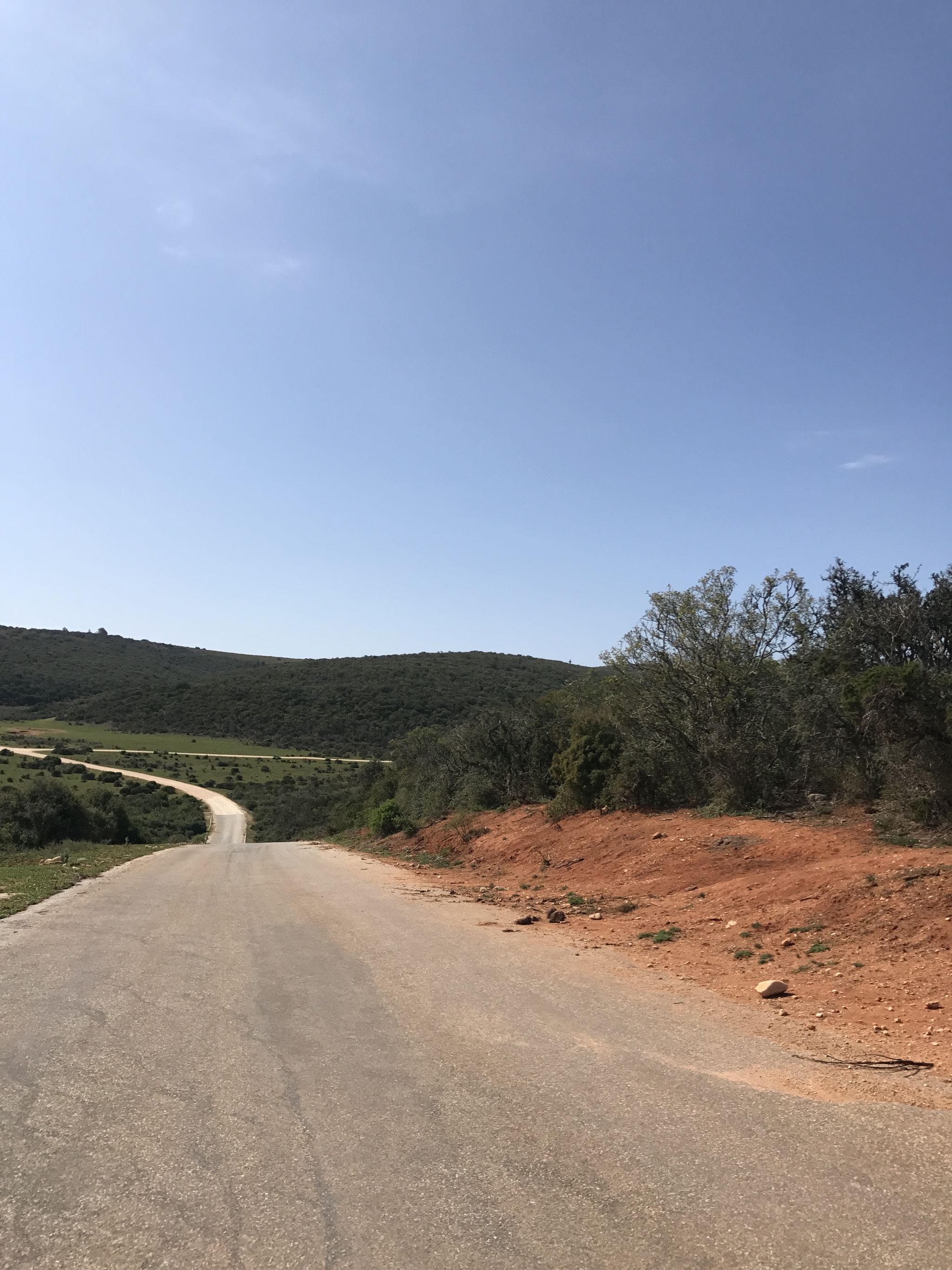 One of the paved roads in Addo

The Guestbook’s comment: “Definitely recommended as a chance to get up close with elephants with reasonably priced and easy to navigate self drive options, as well as guided tours. This is a perfect addition to a trip for elephant lovers and can easily be experienced in a day or over a few days if you have more time.”